Attention Deficit-Hyperactivity Disorder, or ADHD, is characterized by behavior problems such as inattention, hyperactivity, and impulsivity. Children with ADHD often have difficulties with academics and sometimes have problems controlling behavior in school and at home. While the numbers vary, 3 to 7percent of school-aged children have symptoms consistent with ADHD. The average age of onset, or the beginning of symptoms, is three-four. Boys are about three times as likely as girls to develop ADHD.

While some children with ADHD have relatively few problems associated with the disorder, some experience significant problems with parents, teachers, siblings, and peers. Because of these problems, social isolation sometimes occurs, which can lead to problems with depression as well. Stimulant medications are often helpful for children with ADHD.

However, even with medications, children may still have the need for additional treatment. In fact, current research suggests that treatment with a combination of medications and therapy have better results than medications alone. Behavior Modification and Cognitive-Behavioral Therapy are often used to assist children and parents in regulating both behavior and emotions.

Some helpful questions to ask yourself are “Does my child…

Answering “yes” to several of the above questions may indicate that a child is at risk for ADHD. We are here to help, call us for an appointment at (405)-525-0452 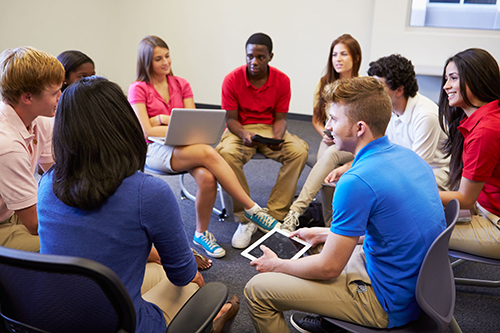